Whether you choose a simple service or custom ceremony to celebrate the life of your loved one, you can be sure Southern Nevada Mortuary will be there in a difficult time. The professional and caring staff at Southern Nevada Mortuary has been carrying out the personal wishes of families in our community for decades. We're proud of the quality service, experience and personal attention we devote to every family.

Jim Graff was born and raised in Cedar City, Utah. He attended Cedar High, where he participated in football, tennis and wrestling.

While bowling with friends, Jim met his wife Tiffani. Together they have three daughters and one son. As a family, they enjoy spending time outdoors and staying in their “second home” trailer in Arizona.

Like his business partner, Todd, Jim was destined for the business as his father, Clark, was an original partner and owner of Southern Utah Mortuary. Even though his career often deals with sad and unfortunate situations, Jim enjoys the opportunity to meet and become acquainted with many great people here in the southern Utah and Nevada areas. While Jim often finds his work as a funeral director emotional, he relates that it is nonetheless rewarding and has opened many doors to newfound friends.

In addition to enjoying golfing and working on the family cabin, Jim continues his quest to capture the largest pike fish ever at Lake Powell, Arizona.

Todd E. Boyer was born in Carbondale, Illinois and raised in Cedar City, Utah. He graduated from Cedar High School where he participated in athletics and music.

While attending Southern Utah University, Todd took part in a dance production and quickly fell in love with its choreographer, Jennifer Duncan. They married soon after and together they have four children; three boys and one daughter. As a family, they enjoy being active in such endeavors as sports, boating and family vacations.

Todd was “born” for (and into) the funeral business. His father, Richard Boyer, was an original partner and owner in Southern Utah Mortuary and Jennifer relates the time that Todd had the opportunity to direct her grandmother’s funeral. She observed and was touched by the manner in which he served her own family and sees that same compassion and care with all families in the community.

Todd volunteers with a number of charitable organizations in the community, including the Muscular Dystrophy Association, Rotary and the Cedar Chamber of Commerce. He enjoys his work with the Boy Scouts of America. His passion though is coaching kids in little league and softball, seeing them progress and develop. You can usually see him in the early morning running with his wife around Cedar City.

It was during a visit to a friend's house that Richard met his future wife, Charlotte Cutler. They were from rival high schools but they still became high school sweethearts. One of Richard's fondest memories was the day he married Charlotte in the Salt Lake City LDS Temple. Richard and Charlotte are the parents of five daughters and one son, Todd, who now owns Southern Utah Mortuary with his business partner, Jim Graff.

To Richard, being a funeral director is a humbling service he can give during the challenging time in a family's life. Preparing and meeting the needs of families, to him, can be such a blessing. By doing so for so many years, Richard has been able to make countless good and lasting friendships.

Richard enjoys traveling, gardening, golf, fishing, hunting, being outdoors and riding horses. He also is heavily involved in scouting, where he serves on the Scouting Executive Board of the Utah National Parks Council and has also helped with new facilities for the further development of Camp Thunder Ridge in Iron County.

In any spare time, Richard, loves to spend time with his twenty grandchildren. He continues to fight any attempt at "retiring" and when working, usually continues to be the first one in the office. 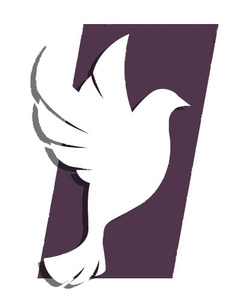 Bodie Topham and his twin brother were born in Monticello, Utah. He is the oldest of 5 children. As a young child he and his family lived all over Southern Utah, Monticello, Escalante, Kodachrome Basin State Park, Dead Horse Point State Park, Moab, Fremont Indian State Park, and Monroe; his parents, Gordon and JoAnn, still reside in Monroe. Bodie graduated from South Sevier High School class of ’93 where he was active in a variety of sports & activities. Bodie served a mission for the LDS church in the Portugal Lisbon North Mission.

After returning home from Portugal he attended Southern Utah University, where met, and later married, his wife Camille “Millie” Dangerfield Topham. Shortly after their marriage, they moved to Cincinnati, Ohio so that Bodie could attend and graduate from Cincinnati College of Mortuary Science, earning a Bachelor of Mortuary Science degree. Bodie’s experience in Funeral Service started with an apprenticeship at Larkin Mortuary in Salt Lake City, prior to Mortuary School.  He then served the great people of Tooele County at Tate Mortuary for 15 years.  Bodie’s roots run deep in Iron County; he is a grandson of the late Waldo and Afton Topham of Cedar City. When he was invited to join the Southern Utah Mortuary team, in December of 2016, he was happy to accept the offer and get back to scenic Southern Utah.

Bodie and Camille are proud parents of their daughter, McKenzie, and son, Bridger. Bodie is passionate about helping families, in their time of need, to find peace and comfort through the funeral process. Bodie feels blessed to serve the families of this area 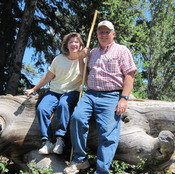 Pam Murdock was born and raised in Monroe, Utah. She is a graduate of South Sevier High School, where she was a member of the drill team and student council. She holds a Bachelor's Degree in Elementary Education and a minor in Music, Psychology and Social Studies from Utah State University.

Pam is married to Ross Murdock, together they have two wonderful kids, and are the proud grandparents of four. While raising their children, Pam and Ross loved to go camping, take road trips, look at the stars and had fun playing together, especially in the snow.

Pam is a dedicated member of her Church, where she has held various positions, including her most recent and favorite calling of playing the piano in Primary.

Pam appreciates the atmosphere of integrity and caring she feels working with her Southern Nevada Mortuary "family." She relates it is a wonderful setting and presents the opportunity to work with good people. 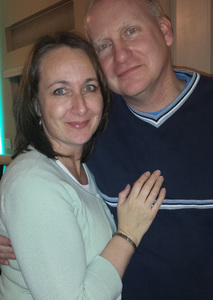 If you are talking to someone at Southern Nevada Mortuary with an English accent, then you are talking to this lady. Sheena Hurt was born and raised in southern England, although she was living “up North” in Leeds, Yorkshire before she transplanted to Cedar City in 2007. Married to Patrick, and mother to four boys, she claims to be very boring, and in true British fashion very reticent about her accomplishments! She will go as far as to say that she loves working here at Southern Nevada Mortuary, and feels very blessed to be part of families lives in the work she does.

Brice L. Paul was born in Blackfoot, Idaho. He moved to Utah in 1973. He is married to the "sweetest woman in the world," Linda. He has five beautiful children and 12 grandchildren. Growing up, he spent many days in the mountains camping, fishing, waterskiing and snow skiing. He enjoyed it so much and the opportunity to be involved in the Boy Scouts of American programs for many, many years.

Brice has held various callings in his local Church, and cherishes the callings that he has had to work with the youth. He stays young by spending time with his grandchildren and walking his Labrador dog everyday.

We stand ready to assist you. If a death has occurred, please call us on the number below: